About the Lazy 5 Ranch

What we do and why we do it

The Lazy 5 Ranch strives to have a constantly changing environment by adding new exhibits as well as increasing the variety of animals seen in the drive through safari areas. The purpose of the Lazy 5 Ranch is to educate in an entertaining way, as well as provide an excellent environment for the reproduction of some of God's most unique creatures. The Lazy 5 Ranch also seeks to help the recovery of several endangered species including the Grevy Zebra, Scimitar Horned Oryx and Ring-tailed Lemur. Hopefully, with your visit to the Lazy 5 Ranch, you will have learned new things and had lots of fun. Come see us soon! The animals will be waiting!

On May 22, 1993 after several years of planning and hard work, Henry Hampton's dream became a reality. With a mere staff of five, two buildings and only two operating wagons, the Lazy 5 Ranch was officially open. The name of the park was debated for only a short amount of time before Henry's son came up with the obvious name, Lazy 5 Ranch. At the time, the Hampton family consisted of five so-called "lazy" people. For many years before opening to the public, Mr. Hampton allowed school groups to visit his home to gaze from the opposite side of the fence and through cracks of barn doors at the animals. Others made loops through the driveway trying to get a glimpse of the many unique species. Seeing the educational and entertaining possibilities, Mr. Hampton began putting together his plan for a park that would allow children and adults alike to fully experience his exotic animal collection. Now, nearly 30 years later, the Lazy 5 Ranch is now the home to over 750 animals from 6 different continents. Still run by the Hampton family, the Lazy 5 Ranch is also known nationally as breeders of top-notch show goats and sheep.

Not a publicly-funded zoo!

The Lazy 5 Ranch is privately owned and operated by the Hampton family with no federal or state funding. Henry Hampton has been raising exotic animals for over 35 years and is known nationwide for his handling of exotic animals.

Inspected by the USDA

The Lazy 5 Ranch works closely with USDA inspectors on our animals' welfare and care. Our enclosures are built to keep our animals (and visitors) safe. Whenever an issue arises, we work together with the USDA, our veterinarian and other animal experts. 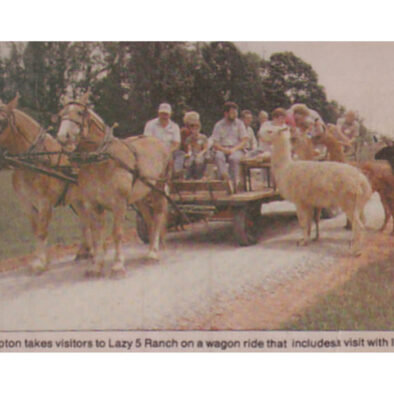 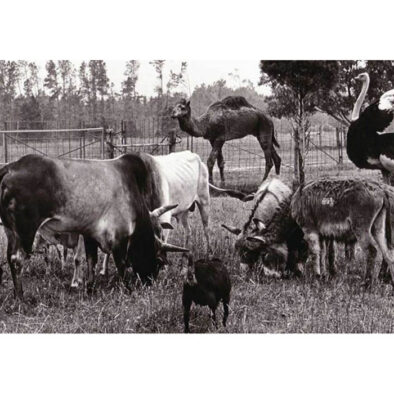 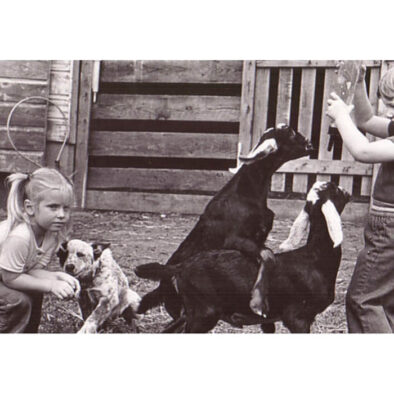 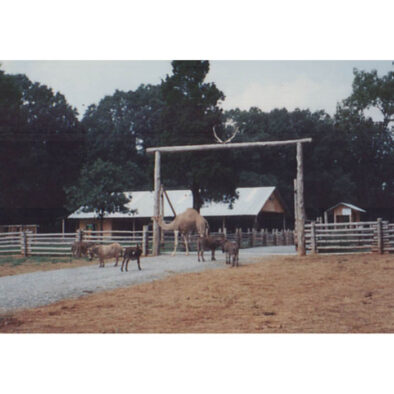 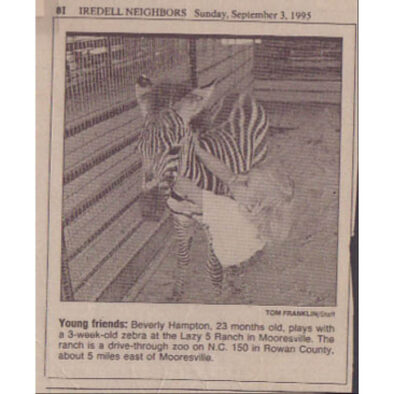 What others are saying

“We laughed so hard! A group of 20+ (ages 2-40+) booked a wagon ride in December 2019. We haven’t laughed or screamed in excitement this much in a long time. The wagon guide was very educational and the animals were happy to come up to the wagon for food. We particularly enjoyed the giraffes and the zebras. This was an experience that we will all remember for years to come. If you're looking to make memories with your friends and family you must add Lazy 5 to your list.”
Tamrmoore
Tripadvisor
“Growing up on a farm I thought this excursion would be boring, it was not. Our family group of 11, ages 7 to 84 enjoyed all the different animals...The key is feeding the animals OUTSIDE the car, Yes, in the palm of your hand. Some are very neat eaters, some leave your hand very messy. The Ostrich was the most fun, they like reaching completely inside the car. Some animals may look ungroomed which is "normal" this is not a place where each animal is groomed daily, this is how they look in the wild.”
Doug M
Tripadvisor